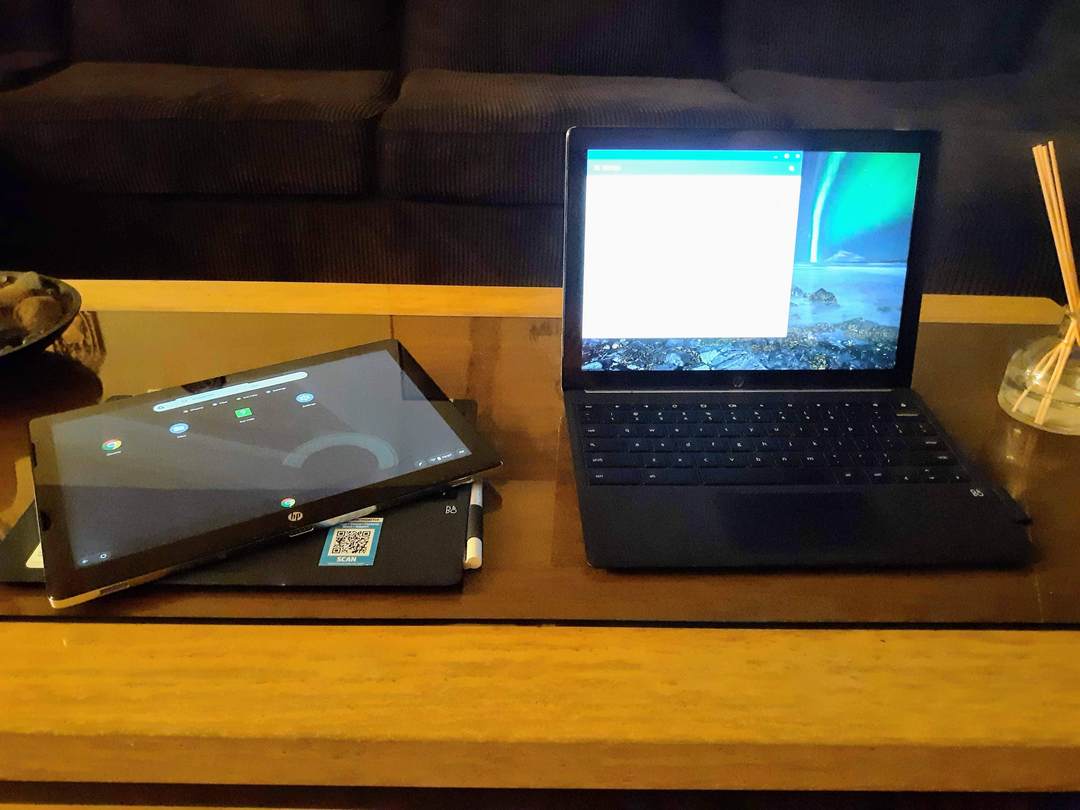 There’s no other way to say it, Chromebooks have come a long way. The HP Chromebook X2 is a well-built premium detachable running Chrome OS, which is both the biggest strength and greatest limitation of the device. I say this because Google’s ChromeOS has a reputation for not being good for much more than Web browsing and watching videos. But over the last few years, there have been tons of changes made to being the operating system up to snuff with MacOS and Windows 10. Read on for more info about that, but for now let’s check out the internals of the HP Chromebook X2. I have to admit the hardware is premium, from the Pogo Keyboard to the aluminum trimmed tablet – the X2’s build quality is top-notch. The stainless steel and ceramic build of the top-screen half, where all of the internals reside, is light thin. The weight of the internals, from the Hard Drive to the Processor – are evenly balanced along the 2K Display. Yes ladies and gentleman,the HP Chromebook X2 is a well designed and engineered device. You wouldn’t be blamed for assuming that Chrome OS is nothing more than a glorified browser with web shells posing as apps – IF this was last year. But now, the light web-centic OS has two tricks up it’s sleeve; Android andLinux apps.

These two features open up productivity and work options that make Chromebooks one step closer to being an all-around, do all platform. The inclusion of the Google Play store means tools like Microsoft Office, Powerdirector (Video Editing) and Adobe Touch Apps, and FL Studio Mobile (Music Production) are now available for ChromeOS – even if these apps arent as full featured as their Desktop counterparts. When it comes to multitasking and stability, HP’s Chromebook X2 holds it’s own against the Surface and Macbook Pros of the world. Linux Apps on the other hand, (which were just released out of beta) – is a bit rough around the edges. Programs now have been granted storage access along with Chrome and Android apps, but features like audio or video streaming and recording aren’t available from Linux Apps/Programs as of today (12-7-2018). The Intel Core m3-7Y30 surpasses just about every Android flagship of 2018 in the Geekbench scores, with an impressive score of 3515 (Single-core) and 6786 (multi-core) . The single core benchmark comes in a nearly twice the score of the Galaxy Note 8. While the multi-core scores we’re a little more modest, the Chromebook x2 did manage to score 300 points higher than the Note 8. The HP Chromebook X2 is an excellent all around 2-in-1, with a build that rivals the Surface Pro, with the thin and sleek build of a MacBook. The addition of Android and Linux apps make for a compelling alternative to more popular computers. Just make sure to add an SD card and not expect much out of Linux Development for now.