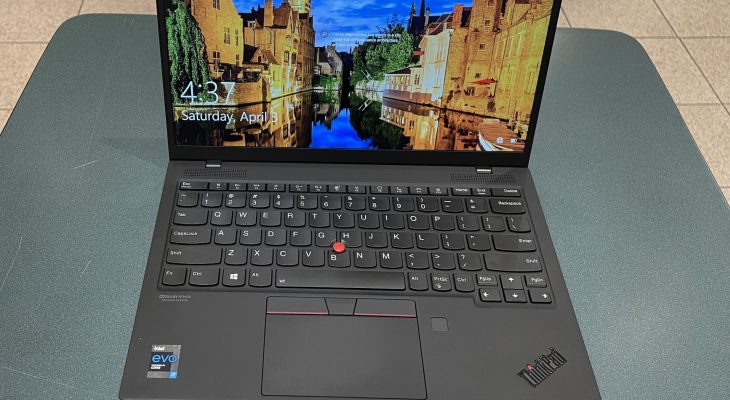 Thinkpad X1 Nano is a thin and lightweight ultrabook that you can rely on for performance without compromising battery life. Replacing the X1 Carbon as the lightest laptop in the Thinkpad line-up, it’s also the first Thinkpad powered by Intel’s Evo Platform.

Lenovo is constantly updating and refining their Thinkpads – updating the household models’ feature set with security-centric, innovative features every update. This year is no exception, but they’ve also expanded the lineup by adding a few new additions to the brand, and here we’re taking a look at one of those devices – the featherweight-heavyweight, Thinkpad X1 Nano.

The X1 Nano has a well-engineered, refined look that defies its 1st Gen lifecycle – taking the Carbon Fiber and Magnesium build from the Thinkpad X1 Carbon and somehow making it lighter and thinner without losing any of the durability of the latter. The bright and colorful 13″ 2K matte display is equipped with Dolby Vision, has great viewing angles, good color reproduction, and its anti-glare coating is second to none.

The specifications section is the most boring of them all, so we’re going to get straight to it and spare you the boredom. The X1 Nano is as powerful an Ultrabook as you can get, powerful enough for everything but the most graphics-extensive games and 8K video editing sessions.

The Thinkpad X1 Nano is Lenovo’s first ThinkPad laptop to use the Intel® Evo™ platform, which promises to deliver “a powerhouse combination of performance, responsiveness, battery life, and stunning visuals” not previously available in Ultrabooks. There’s not much that you can’t do with the X1 Nano, as long as the task doesn’t require a dedicated graphics card.

While the X1 Nano treads dangerously close to the Thinkpad X1 Carbon in its offering and feature set, it DOES manage to be lighter (at least 0.8 pounds) and inherently more powerful thanks to the Intel Evo platform. How long will that stay the case remains to be seen, but one thing’s for sure – Lenovo is securing the Thinkpad X1 line-up as the premier brand for business staff, executives, and managers; All while expanding its appeal to Creatives and tech-centric student Millenials.